Its been a low-key Memorial Day weekend here in Cleveland. Normally, I would want to get away for a mini-vacay but the weather forecast seemed to be so nice I figured we should take in the start of summer on our home turf.

Friday night JPC and I stopped by the grand opening of the new Brigade/G-Star store at Beachwood. JPC has been a big fan of Brigade since its Coventry days, and he introduced me to the store since moving back to CLE. Personally, I think its amazing for menswear (JPC buys the majority of his clothes here); but still a little lacking in the female department. I’m hoping to see a bit more now that they have hired a female buyer. 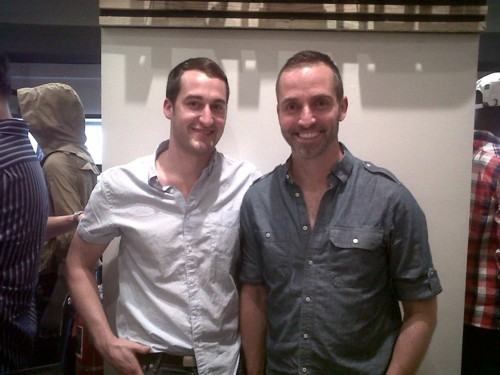 While at the party we had a chance to meet and have a tasting with the gentlemen from Middle West Spirits, an Ohio based distillery. Middle West Spirits is located in Columbus and is Ohio’s only true micro-distillery that locally sources ALL of their ingredients. Currently they are being sold in Cleveland liquor stores, but I was more familiar with them from hearing that Greenhouse Tavern was carrying their spirits. Pictured here are Kyle and Brady  from the distillery; who rocked and took us through the spirits below. 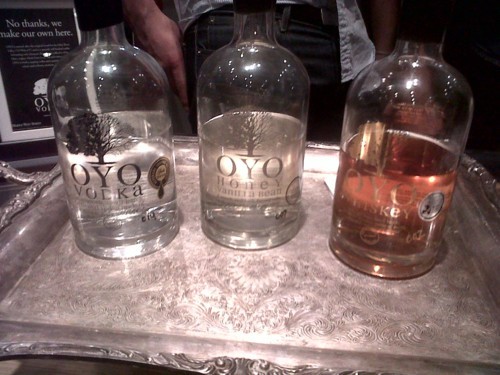 Honestly, there is too much to even say about how delicious and unique each one of these is. The vodka was unlike any vodka I’ve ever had (and I’ve had a lot) it was closer to a tequila like taste and really warming. The OYO honey was hands down the most amazing flavored vodka I’ve ever tasted (the majority taste like what Jersey Shore looks like) most likely because the honey is infused after the process and really coats your throat. Also worth noting is the vanilla bean used in the OYO Honey is sourced from the same farm that Jeni’s Ice Cream uses and blends into their amazing treats. Last but not least,  JPC is a huge bourbon/whiskey fan and this one really hit the spot. The sweet taste and smooth finish was very impressive.

I have to say the tasting made our night and was super informative. We chatted about it the whole way home and I just had to share with you all. So if you see OYO (pronounced oh-wai-oh) around, I recommend it neat or in a cocktail! Cheers.