Ikea. The near mandatory journey those who recently cohabitate all make. JPC and I were specifically motivated to find a couch. We had been looking online for months when we found a sale couch on Ikea.com. We made the drive to Pittsburgh to buy said couch (and a few other goodies, of course). Well, we found the sale couch. In fact, the sale couch was so tiny we almost missed it completely. To put it in perspective, here a photo of JPC sitting on the sale couch: 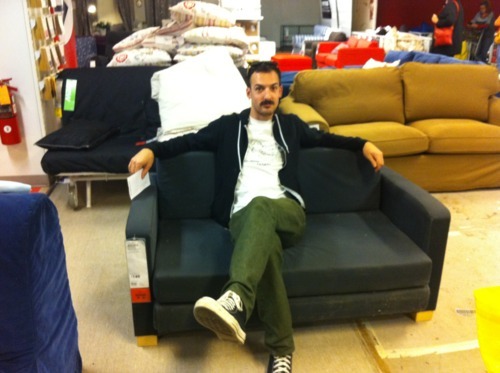 Just to give y’all some real perspective- His arms can span more than the length of the couch. Needless to say we passed up the sale couch.

Round 2- we find a couch, not a sale couch at all. In fact, new couch was three times as much money as the sale couch. After much deliberation and homeware buying we decided to take the plunge. After all, I love me some couch laying! Below is our war prize in our apartment: 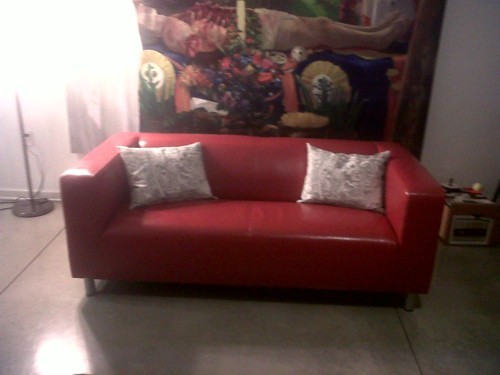 Seriously though, can it get any better than our sexy red couch?