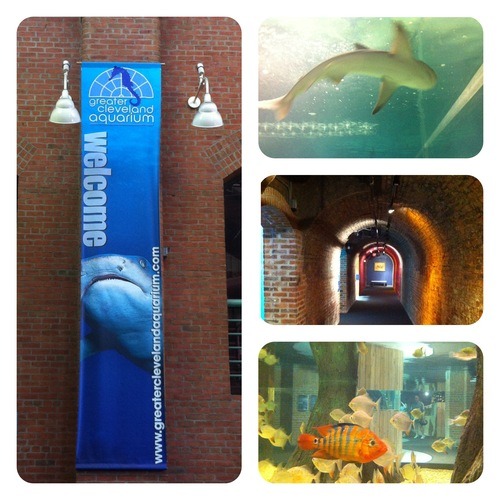 After receiving an invitation for an 8:30 SATURDAY MORNING blogger breakfast at The Cleveland Aquarium my first thought was this sounds like a mommy blogger event. After all, 8:30 for the child rearing is nearly mid-day compared to a childless counterpart like myself. My second thought was amazing, I hear they have a shark petting tank (they do, more on that later)

So JPC and I made sure to tuck ourselves into bed relatively early last Friday night to insure we were bright eyed and bushy tailed for the breakfast. Yes, it was a primarily family oriented event- but childless lady bloggers know how to stick together: 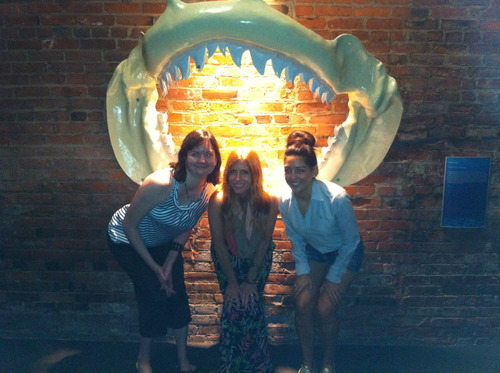 Amanda, Kimberly, and myself.

In order to keep things interesting and to show just how pumped he was for a ‘fish experience’ JPC decided it best to dress like Steve Zissou a la The Life Aquatic. I on the other hand had to keep making awkward jokes about why my boyfriend was dressed in head-to-toe blue, but I think everyone found it entertaining. 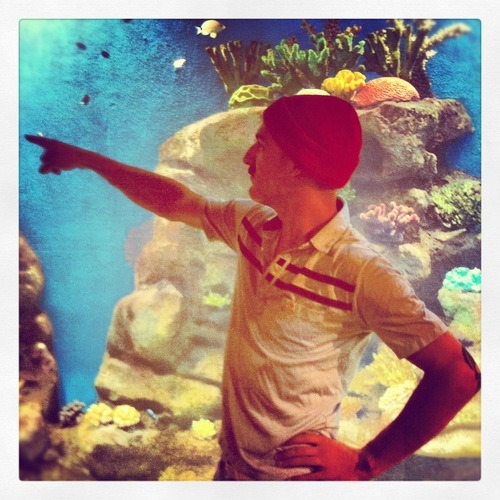 Now, back to the fish… The aquarium was truly awesome. One of my favorite ways to get to know a city is to pick up a museum pass on a weekend getaway and hit as many museums and public spaces that I can. The great thing about the new aquarium is that it is the perfect excuse to get out in the city, your own city, and explore a beautiful historic building made new again. 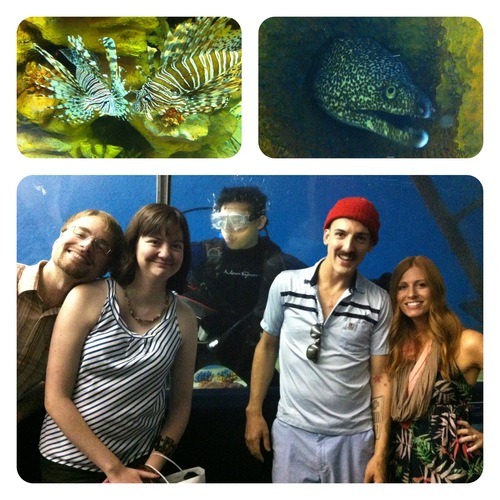 Two things that made the visit more than worth it? The shark tunnel that lets you stroll under the sea, surrounded by all types of sharks and exotic wildlife; and of course- the sting ray/shark petting experience. Don’t worry- we asked about the dangers of sting rays  and brought up Steve Erwin. Apparently, Erwin died not because a sting ray tail stabbed him in the heart, but because he ripped the tail out which caused more damage then if he would have left it in… but that is neither here nor there. The sting rays felt super soft and I personally thought they’d make for a lovely pet (or handbag).

So if you live in CLE or just plan to visit, get out and explore the new aquarium! To show you how much I want you to go I’m giving away 4 General Admission tickets (estimated value $88 ) to use anytime you like to one winner!

The Cleveland Aquarium ticket winner will be announced Friday, June 15th at 12:30pm.

In order to enter:

– Tweet: ‘I just entered to win 4 tix to the @cleaquarium from @nadinenocero enter here: http://bit.ly/LFfnbW #happincle’ and leave me a comment telling me you did so.

Full Disclosure: I was invited to attend the Cleveland Aquarium’s blogger breakfast and given 4 tickets to host this giveaway. As always, opinions are my own//